Sector: Food products
Company: 273,000 employees. Locations in 186 countries and production in 81 countries in 376 factories.
Challenge: Narrow aisles and partial lack of space or blocked areas near machines. Reorganisation and automation of intralogistics during normal operation.
Solution and products: Production supply with STILL EXV iGo systems AGVs – aggregation of six packaging warehouses into one new STILL Pallet Shuttle channel storage system. Change of production from push to pull principle. AVG navigation is carried out with 360° laser scanners – the pathways are shared with people and forklift trucks.

STILL automates the in-house transport at the Nestlé production plant in Biessenhofen with automated guided vehicles (AGVs). The main challenge was that the intralogistics had to be reorganised during ongoing production.
The result of the automation is around-the-clock transport for production supply and removal. This has allowed the plant to streamline its flow of goods as well as reduce the amount of stock on its machines. Furthermore, six on-site warehouses for Nestlé product packaging were closed and grouped together in the new STILL Pallet Shuttle channel storage system. The automation ensures an increase in throughput, flexibility and process reliability.

At the Nestlé Nutrition plant in Biessenhofen, almost 650 employees manufacture a wide range of products while meeting the highest quality standards. These include well-known brands such as BEBA (hypoallergenic infant formula), Nestlé HEALTH SCIENCE (sip and tube feeding for hospitals) as well as the famous THOMY sauces.

Analysis and digitalisation of the ‘brownfield’ project

In order to best implement the reorganisation of the plant’s intralogistics, the first step was to take stock. First of all, the affected halls with new buildings as well as all related goods and processes were digitised and analysed.
Nestlé project manager Eilert Klatt said, “Since this was a brownfield project rather than a greenfield one, this meant we had to plan around our existing structures – which have expanded considerably over the last 100 years – in order to implement the entire process. Considerable work went into levelling out the uneven floors in the halls for the AGVs, and in some cases new pathways were created. We were able to get the automation of the in-house transport and the STILL Pallet Shuttle channel storage systems up and running on time and almost without a hitch, all whilst maintaining normal operations. This was thanks to close planning and coordination with STILL and the punctual deliveries of the individual components.” During the step-by-step installation, production supply was maintained manually using forklift trucks.
Due to the narrow aisles at Nestlé, four automated high lift pallet trucks were used. The STILL EXV iGo systems are precision high-performance warehouse trucks that have been designed for continuous industrial operation and have already proven their worth in numerous automation projects. Another advantage of EXV is that they are cost-effective to use.
The additional installation of three empty pallet magazines and fire doors completed the new organisation of the automated in-house transport.

STILL AGVs handle the pallets at the transfer station where the roller conveyors meet. Thanks to a 360° laser scanner, they safely navigate the sometimes narrow and winding aisles.
As Eilert Klatt highlights, “AGVs and pedestrians as well as forklift trucks can now use the same network of pathways. Rigid conveyor technology would just needlessly block the narrow aisles. Using AGV transportation ensures more flexible, around-the-clock supply to our production lines. As a result, production was changed from a push to pull principle. One production line now pulls individual pallets with raw materials and packaging. This meant we were able to free up the areas blocked with stock in front of the lines and streamline the flow of goods to the lines.”
The tasks of the STILL AGVs are manifold. They transport raw materials and pack- aging to production whilst the automated EXV high-lift pallet trucks take care of recyclable material disposal and empty pallet delivery.
STILL project manager Thomas Rothbauer says, “If production reports a requirement in the SAP host, a transfer order is triggered in the ‘in the warehouse’ roller conveyor system. The inductive sensors on the conveyors then control the STILL AGVs. Through prioritisation, an AGV recognises which roller conveyor needs to supplied first.” The Nestlé project manager continues: “Keep it simple: STILL’s automated system is self-controlling. There are no interfaces in the Nestlé host system, which means that we don’t even have to worry about the transport system because it organises itself without the need for Nestlé’s complex IT structure.”

The newly organised intralogistics also required six warehouses for packaging and production tools to close and be grouped together in single storage.

For packaging on euro and industrial pallets, STILL installed its pallet shuttle racking systems. Shuttle and material handling equipment that supply the racking levels in the new rack system are in operation at the same time. For semi-automatic storage and retrieval, the rack levels are loaded with goods independently of each other. As a result, safety standards, consolidation and flexibility have all significantly improved through the use of the STILL pallet shuttle channel storage system in comparison to manually operated drive-in racks. During peak order times, work is handled quickly and flexibly with the simultaneous use of all satellite vehicles. Another advantage is that fragile packages can be transported safely and carefully with satellite vehicles.

The STILL EXV iGo systems constitute a smart transport system that supplies the production line around the clock as needed. This has enabled the plant to streamline its flow of goods at the lines and ensure better distribution over time. Areas near machines cluttered with stock are a thing of the past and are now available for production.
In addition, the warehouses for Nestlé product packaging were centralised in the STILL pallet shuttle channel storage system. This compact storage system has led to significant increases in consolidation and flexibility and has also freed up valuable space. The Nestlé project manager praises the company’s close collaboration with STILL and points out, “The automated EXV is a trusted pedestrian stacker and was quickly accepted at the plant. Furthermore, in the event of a system failure, we can immediately operate the pedestrian stacker manually with just the flick of a switch. This was also an important consideration when deciding who we should commission.” 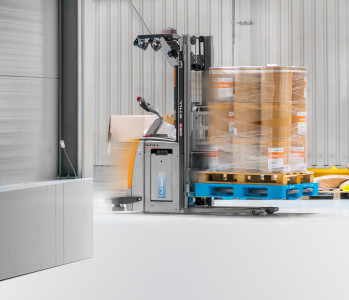 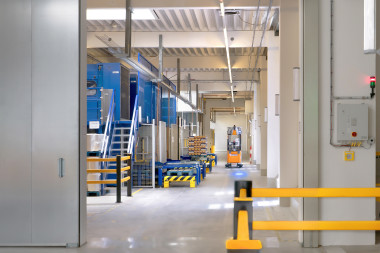 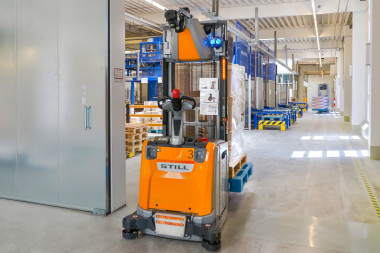 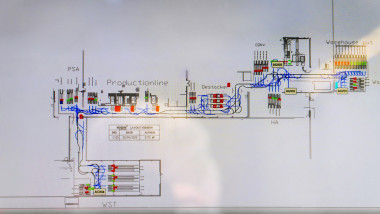 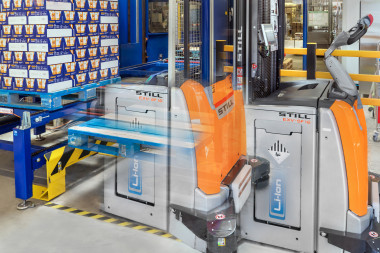 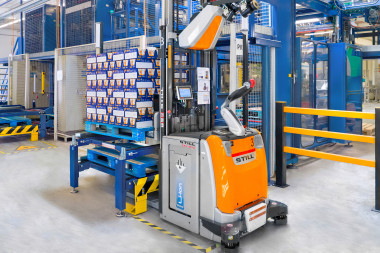 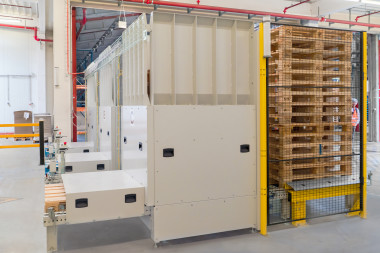 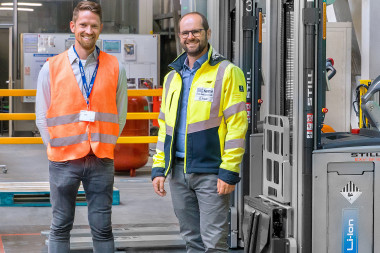 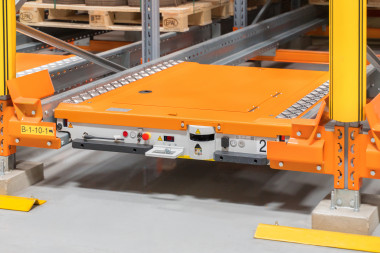 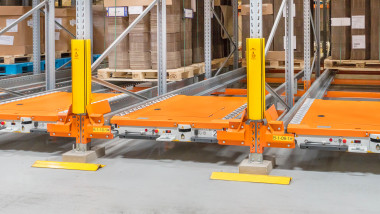 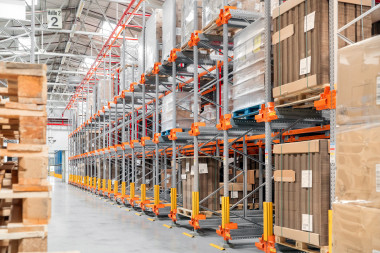